This ship is a medium freighter in the same brand as the Lambda-class shuttle. The cockpit module is almost exactly the same, but the main hull is a box-like cavity large enough to overshadow an AT-AT walker. It is a cumbersome vessel, with relatively diminutive fins near the back being the only reminder of the graceful wings of the Lambda. (In fact they look more like the radiator panels of a type of TIE, except that there aren't any obviously dark radiator surfaces.)

The ship launches and lands with the aid of three rounded thrusters on the underside of the hull. Three smaller circular thrusters under the stern armour provide thrust for the ship's forward propulsion. All of these nozzles glow orange, indicating a working temperature that is considerably cooler than that of a Lambda-class shuttle, a star destroyer or the Millennium Falcon (bright blue), but hotter Executor or a TIE fighter (red).

Unfortunately there have been few detailed views of the interior. The cargo hold is probably a single self-connected volume, but it isn't known what portion of the hull is occupied by propulsion, power and other systems. The preferred entry is a huge hatch that unfolds from the port side of the ship, acting as its own ramp. There is another hatch on the starboard side, which was only seen used for jettisoning cargo hastily. The cargo hold connects to the cockpit via an internal passage. The cockpit doorway is a flattened hexagon (fitting the cross-section of a Lambda-class shuttle's cockpit neck?) and shuts off with a pair of blast doors. Remarkably, the design of cockpit crew chairs is an exact match for those of the Imperial shuttle blueprints [ROTJ]. The only difference is the colour: red upholstry instead of grey/black.

In this distant side view the length of the cockpit module is 16 pixels; the ship's length is 131; the draught is 62 excluding the wing fins, or 66 including the fins. If the Lambda-class shuttle's set blueprints are used as a minimum basis for scaling then the cockpit is 7.64m long, and the freighter has a length of 63m and draught (excluding fins) of 29.6m. The height of the cargo space (equivalent to 50 pixels in the illustration) is 23.9m, which is enough to fit a standing AT-AT with some room to spare. 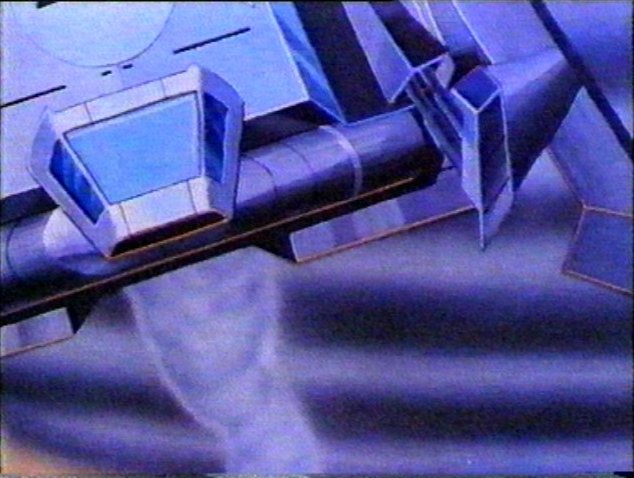 The cargo ship in the air, at assorted orientations.

More distant views of the ship on its landing pad, with cargo bay open.

The stern and ventral thrusters.

The interstellar merchant Mungo Baobab was seen riding a dull-brown, bipedal beast on the planet Biitu. The animal looks remarkably (perhaps coincidentally) like the &#34Cracian thumper" described years later in the Rebel Alliance Sourcebook. Its body plan is similar to the tauntauns of Hoth, but more slender, especially the long, maned neck and head. The eyes are wide and staring, with red irises. The mouth contains a set of dangerous-looking tusks, but considering the docile temper of the creature, these are more likely to be meant for digging roots or social fighting than for eating meat.

There are but a few differences between this creature and the published images of the Cracian thumper. The Biitu animal has no visible ear-flaps, and its coat is shaggier all over (rather than just the mane). The Cracian thumper seems to lack tusk, though this could just be a gender trait.

Baobab's riding beast matches the description of the Cracian thumper.

Cracian thumper, as shown in The Rebel Alliance Sourcebook. It looks roughly similar to Baobab's animal.

These are single-man artillary pieces with high tripod mounts for portability and stability. The gunner's seat, control systems and the cannon are all set on a turret platform, which seems to rotate freely. A heavy-seeming dish hangs below the base at the end of a cluster of cylindrical struts; this component may be a weight to lower the gun's centre of mass and stabilise the tripod. It could also clasp the ends of the tripod legs when they are folded inwards for storage and transport.

The cannon consists of two barrels sharing the same elevation mount at their base, and bound together in a common muzzle. The bolts are paired, synchronous and parallel. They are orange in colour, unlike the usual green of Imperial naval equipment, but more similar to the red shots of the Imperial Army's AT-AT walkers. The gunners in Admiral Screed's expedition wore conventional stormtrooper uniforms. 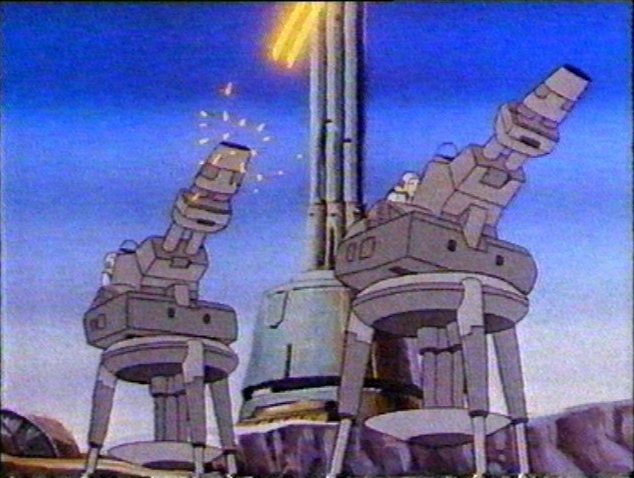 The Imperial mining operation on the planet Biitu produced some kind of solid fuel-related material from the ground. Either this substance or the mining machinery must have had some stringent chemical sensitivities, because the most prominent piece of equipment at the mine was not an excavator but an immense tower nicknamed the "moisture eater".

Air and clouds appeared to circulate around the conical top of the tower, perhaps being drawn in for dessication and (presumably) for recirculation at ground level after removal of the water content. While the tower operated, no water fell from the sky anywhere it, and the district went arid.

Artificial climate control has been mentioned in indirectly in many parts of the STAR WARS literature. The moisture eater is one of the few explicit examples. It probably represents one of many standard tools used for evironmental modification by military and government institutions. 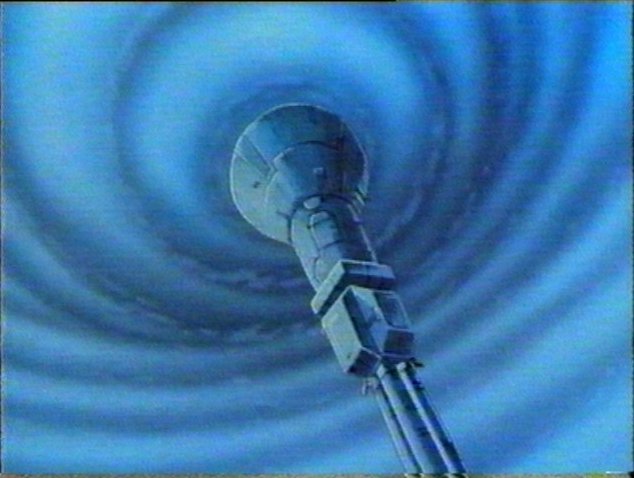 The intake at the top of the "moisture eater" tower.

The base of the moisture eater tower (background), with what appears to be a ring aperture for the outlet of dessicated air.

Admiral Screed brought a medical droid to put a human prisoner into hibernation for storage during a long trans-galactic journey. The droid was spherical in shape and supported on a repulsorlift field, almost exactly like the IT-0 interrogation droid seen in ANH (except for panelling, which was sterile grey/white rather than black). Its photoreceptor is a red orb facing downwards from the body's lower hemisphere, implying that the droid's natural working position is above a subject.

There are two arms, one on either side of the eye. Each arm has identical elbow articulation. Each shoulder is set in a vertical slot on the body's lower hemisphere, and may be mobile up and down this arc. The arms end in different tools. When operating to place a man into a hibernation state, the droid's left arm ended in a claw grasping a cottony ball, and the right arm ended in a syringe.

The fact that hibernation is induced by an injection is interesting in itself. Hibernation is not a normal function for human beings, though it might remain a dormant part of the general mammalian constitution. How does this compare with the treatment of Han Solo on Bespin? Perhaps Solo received a similar injection from Ugnaught attendants a few seconds before he was encased in frozen carbonite. Judging by both incidents, it seems to be standard Imperial military practice to store priority prisoners in an unconscious state during transit. It would be interesting to know whether Princess Leia was also kept in hibernation during her transport from Tatooine to the Death Star in ANH; this might account for her knowledge of hibernation sickenss in ROTJ.