Warships of the Empire: Dimensional Data

Original star destroyer model from From STAR WARS to Indiana Jones: The Best of the Lucasfilm Archives. Distant lateral view, rotated about prime axis by a mildly acute angle clockwise. 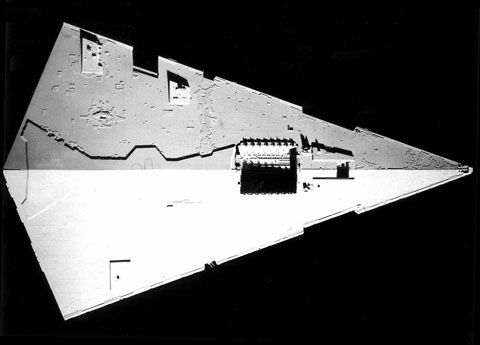 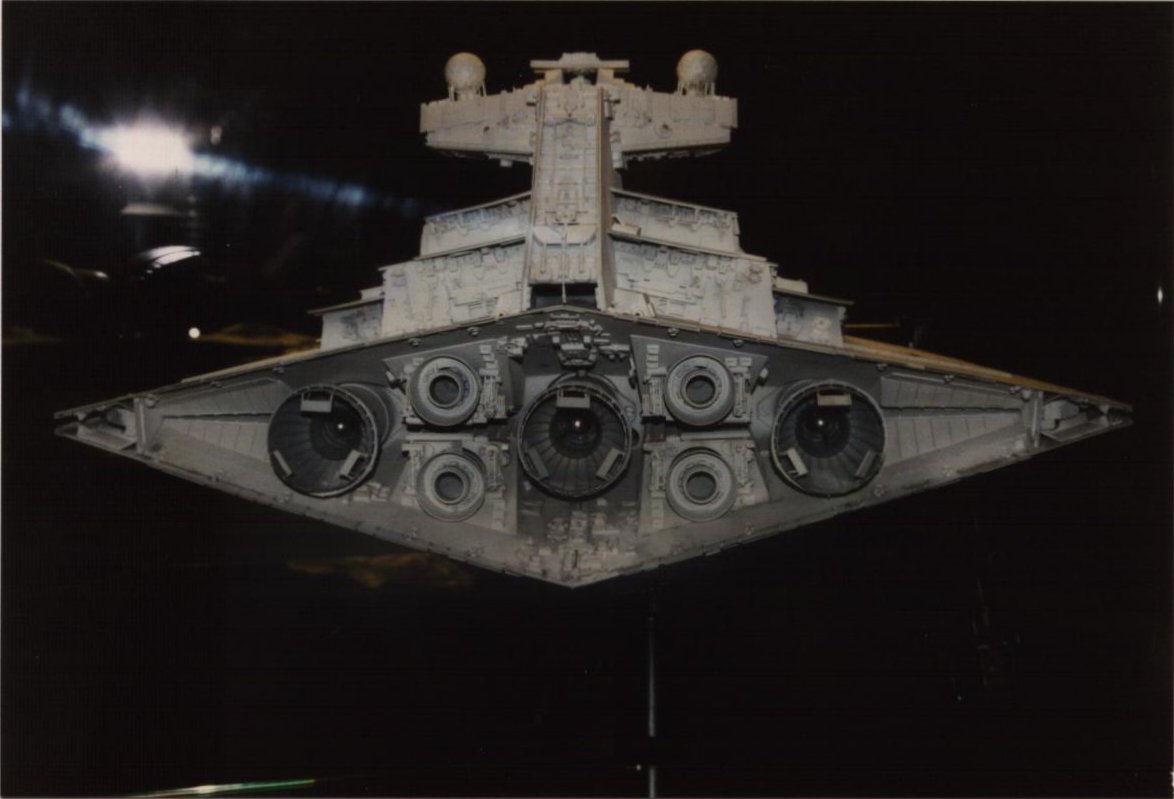 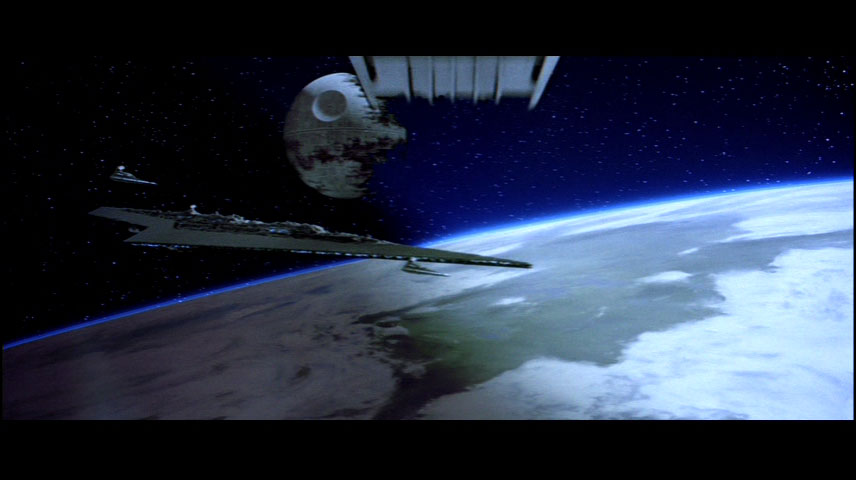 The cover, and card art for STAR WARS Galaxy Magazine #8 features stunning art depicting a fleet of Imperial warships and Black Sun vessels under the malevolent direction of Emperor Palpatine. Several of the ships are detailed enough to be measured. The key feature is the bridge tower, which on all these ships appears to be identical to the standard KDY bridge tower. The dimensions of the hull, ventral bulb, brim trench and terraces of each of the vessels can be measured in relation to this yardstick.

The ships of the upper left corner of the painting are especially easy to measure with confidence. They are all positioned at ranges great enough so that perspective differences do not affect the projected proportions of the vessels' features. They also face the camera point-of-view directly, which provides clear measurement of the lateral and vertical dimensions, but little or no information about length and longitudinal structure. 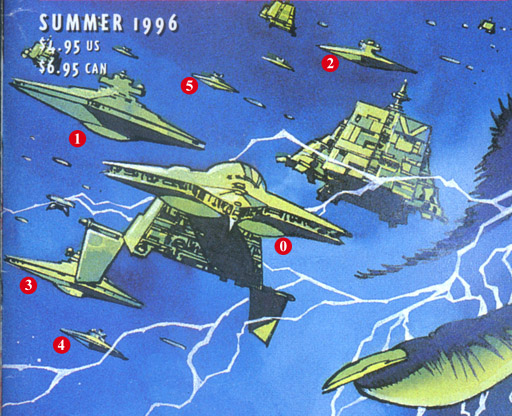 Measurements have not yet been taken.