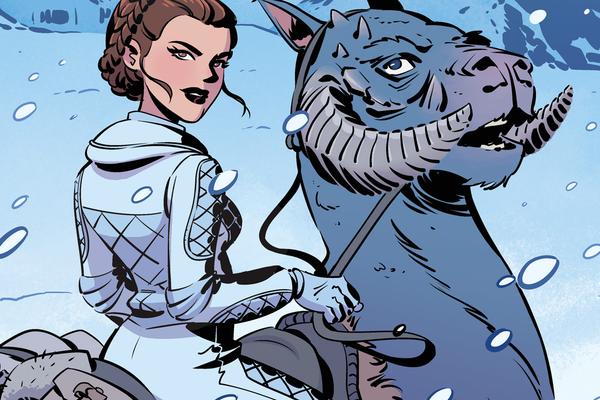 New Forces Of Destiny Leia One Shot Comic From IDW

HOW IDW CELEBRATED OUR FAVORITE PRINCESS WITH STAR WARS FORCES OF DESTINY: LEIA

THE CREATIVE TEAM BEHIND THE CRITICALLY-ACCLAIMED NEW COMIC TALK HOTH, TAUNTAUNS, AND THEIR LOVE OF LEIA.

When Star Wars: Forces of Destiny debuted last year, the animated micro-series put the galaxys heroines in the spotlight to show the big impact of small acts of bravery and kindness.

Now a new five-issue series from IDW Publishing is connecting directly to these small screen animated tales in a whole new media, giving Leia, Rey, and the rest a starring role in their own comic book written and illustrated by a rotating cast of talented creators.

Throughout January, well sit down with the forces behind the collection to get a behind-the-scenes look at each one. We couldnt wait to get our hands on the first installment, Star Wars Forces of Destiny: Leia this week. Artist Elsa Charretier and her co-writer Pierrick Colinet e-mailed with StarWars.com about putting a personal touch on her worshipfulness, finding inspiration in The Empire Strikes Back, and constantly dreaming about Hoths snow lizards. 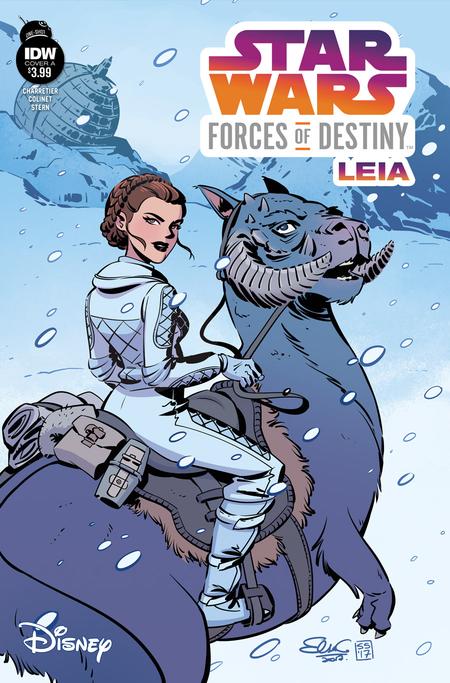 StarWars.com: Whats your creative process like when you sat down to collaborate as co-writers on this comic? Can you walk us through how you decided to write together and how you fold ideas from both of you into the finished work?

Elsa Charretier: The idea of co-writing together came pretty naturally when we were doing the first volume of The Infinite Loop. I was drawing the interiors, and this book required so much synergy between script and art  we used the time-travel set up to play with storytelling  that we began to develop the scenes together. Later on, as I started working on other books, we still felt the need to collaborate and decided to stick together on the writing part!

Pierrick Colinet: Weve been working together for a few years so by now its a pretty well-oiled machine. Usually, Ill have the spark of an idea, a concept or even simply a character. From there we talk about it a lot, pulling the idea apart, developing, and making sure theres a book there. What are the characters goals and needs, what or who comes in the way of said goals Its a lot of staring at a post-its-covered wall, really. When that step is finished, Ill handle the first draft while Elsa will draw interior for another book, and we go back at it together to do a second draft. And a third, and a fourth As many needed to get the voices right and make sure we/the characters get their point across. 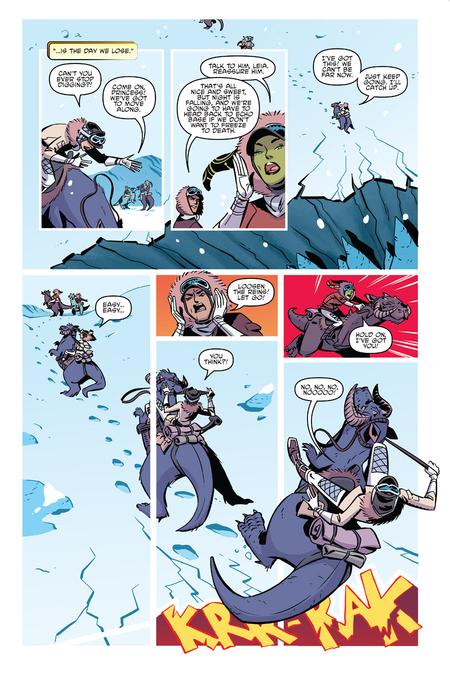 StarWars.com: Did you have any input on what character you would focus on?

Pierrick Colinet: If I remember right, IDW approached us to ask if wed like to work on Forces of Destiny. We didnt know which character wed focus on at that time, but we kind of hoped itd be Leia. I guess the Force was with us on that one.

StarWars.com: What does Star Wars mean to you?

Pierrick Colinet: What does Star Wars mean to me? Well, Im a writer because of Star Wars, so I guess I can say it means a lot?

Elsa Charretier: It means a lot, for many different reasons, but its extremely inspiring as a creator to see that its possible to create a universe that will go on and develop for decades, make a huge impact on the world, and literally change lives. People got married thanks to Star Wars, Star Wars babies were born, people found friends they could connect with thanks to these characters. Its pretty incredible when you think about it. 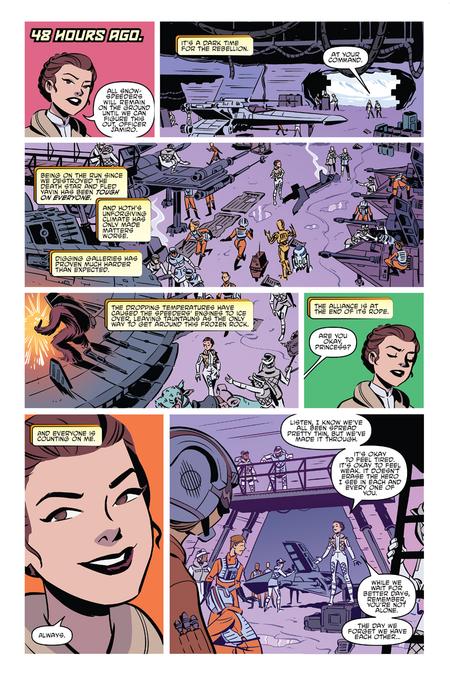 StarWars.com: How would you describe this mini adventure in your own words? What made you decide to tackle this particular point in time in Leias life, when the rebels are based on Hoth?

Pierrick Colinet: The greatest teacher, failure is. Okay, not my own words, but you get the idea. When IDW told us the story had to be on Hoth, I went back to the Empire Strikes Back script. The first line of the opening crawl, It is a dark time for the Rebellion, basically told us what themes we had to develop. How the Rebellion was able to rebuild after huge losses, how they have each other, but mostly, what inspires them. That makes Leia an incredible leader, her ability to inspire hope. Its a story about courage, friendship, and being stronger together.

For many more panels, and the rest of this interview, please visit StarWars.com!