Now on View in Restoration Hangar After Traveling From a Galaxy Far, Far Away

The Smithsonians National Air and Space Museum will display an X-wing Starfighter in the newly renovated building on the National Mall starting late next year. The full-sized vehicle, with a wingspan of 37 feet, appeared in Star Wars: The Rise of Skywalker and is on long-term loan from Lucasfilm. It will undergo conservation in the Restoration Hangar at the museums Steven F. Udvar-Hazy Center, work that will be visible to the public when the center reopens May 5.

Despite taking place a long time ago in a galaxy far, far away, Star Wars introduced generations of fans here on Earth to outer space as a setting for adventure and exploration, said Margaret Weitekamp, space history chair at the museum. All air and space milestones begin with inspiration, and science fiction so often provides that sparkthe iconic X-wing displayed amid our other spacecraft celebrates the journey from imagination to achievement.

Designed for Star Wars: A New Hope in 1977, X-wings take their name from the distinctive shape of their strike foils when in attack position. Artists at Industrial Light & Magic depicted X-wings and other vehicles using miniatures as well as full-size vehicles and cockpits, combined with visual effects. This will be the first Star Wars movie prop on long-term display at the museum since the Star Wars: Myth of Magic exhibit in 1997.

The X-wing Starfighter will be displayed outside the Albert Einstein Planetarium beginning in 2022. For more information about how the museum is transforming all of its exhibitions and revitalizing its Mall building, visit https://airandspace.si.edu/reimagining-air-and-space.

The National Air and Space Museum in Washington, D.C., is located at Sixth Street and Independence Avenue S.W. It is temporarily closed due to COVID-19. The Steven F. Udvar-Hazy Center is located in Chantilly, Virginia, near Washington Dulles International Airport. It is open daily from 10 a.m. until 5:30 p.m. (closed Dec. 25). Admission is free, but there is a $15 fee for parking. 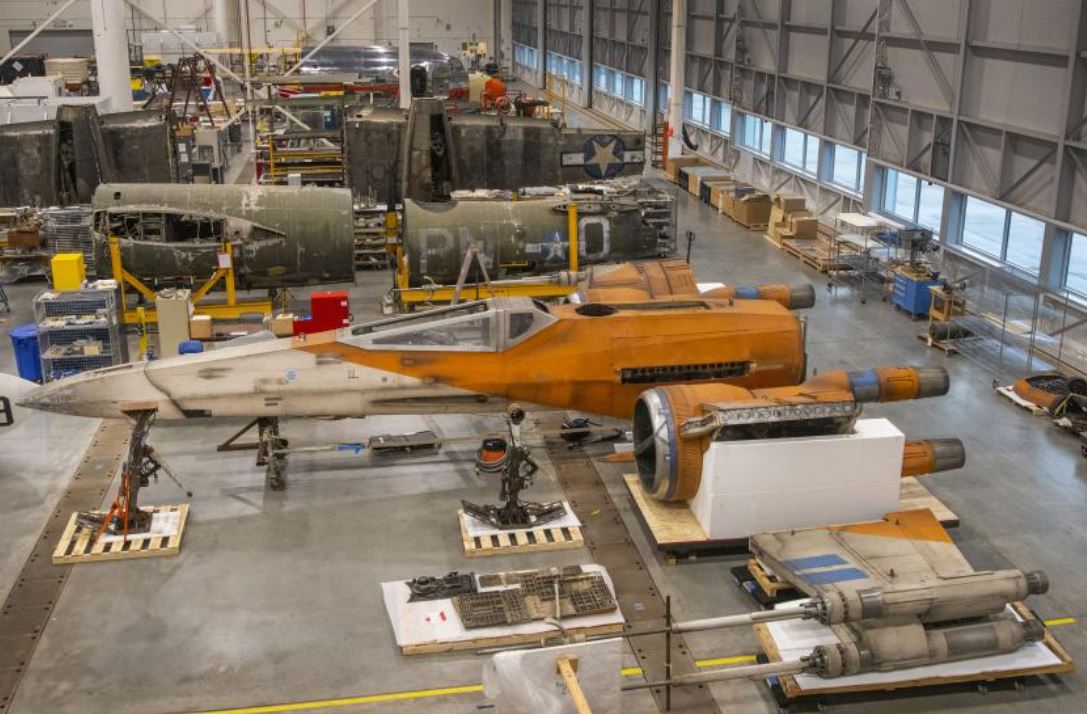