The Mandalorian is out and there is a lot to enjoy about this first live-action Star Wars show. So much so that I couldn't just pick one stand-out moment because there are so many to choose from. In the spirit of that instead of one, Ive picked out five of my favorite moments from Chapter 1 of The Mandalorian. Lets get started!

There are a lot of excellent nods to the entire Star Wars universe throughout this first episode but none ticked me more than the awesome nods to the infamous Star Wars Holiday Special. From the design of the Mandalorian himself, his weapons, and the blurggs its influence could undoubtedly be felt. However the funniest and most direct reference comes from SNL alum Horatio Sanz Mythrol character. A bounty of the Mandalorian, the alien keeps begging to be let go and attempting to relate to our main characters humanity telling him  I was hoping to be free for Life Day. its too bad he wont be home in time, I heard Lumpy might be there this year. Its such a small little nod but it just made me so happy, we all deserve to be home for Life Day! 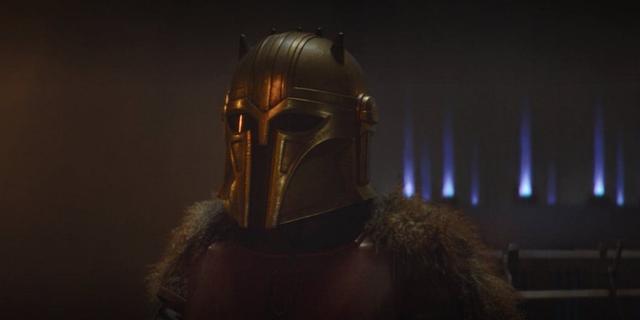 Ive admitted before that until Star Wars: Rebels I really wasnt into Mandalorian culture and I didnt get why so many people enjoyed that aspect of Star Wars. Now though, I think when we see this Mandalorian Guild in the episode it gives us a lot of fascinating questions about the state of Mandalore and some great imagery for the Mandalorian himself.

How has Mandalorian culture changed since the last time we saw them before A New Hope? Has Mandalore been destroyed? Are they all scattered throughout the galaxy like they were in the Knights of the Old Republic series? Are they all never taking off their helmets now? There are so many interesting questions to ask on top of the great character beats that the guild presents.

The Mandalorian spiritual guide making a new piece of armor and giving us a look into the Mandalorians past as a foundling, possibly on Mandlore itself.

This scene gives us so much in such a short amount of time, its just an awesome look into Mandalorian culture and makes it a lot more interesting to someone like me.

No one character outside of The Mandalorian himself as had a more memorable line than Kuiil played by Nick Nolte. The I have spoken quotes over the past 48 hours have reached a fever pitch for most Star Wars fans on social media and for good reason, its an awesome quote and Kuiil is an awesome character.

After saving the Mandalorians life the ugnaught trains him to ride a blurgg, the Dewback looking creature that will take him to his bounty in an encampment far away. While there arent any Jedi in the series, the training sequence felt very Yoda and Luke from The Empire Strikes Back. Kuiil using the Mandalorians rich cultural heritage as a reason not to give up, citing the ancient Mandalorians riding the mythosaur, surely he can ride this lowly blurgg. Its the perfect thing to motivate the Mandalorian and it felt incredibly Star Wars through and through. 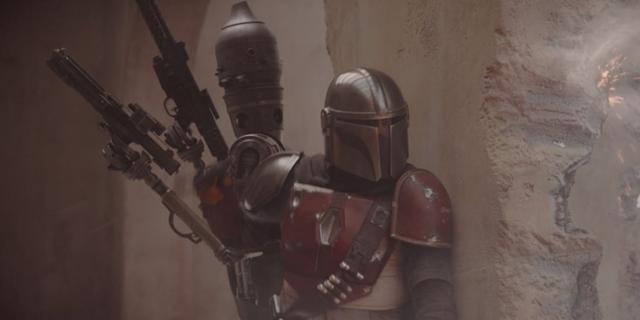 3. IG-11 and The Mandalorian Shootout.

The most Star Wars-y moment for me comes in this entire shootout at the encampment with IG-11 and the Mandalorian. It does an impeccable job of mixing the action that weve gotten in Star Wars and adding some humor into it as well. The chemistry between IG and the Mandalorian is legitimately great, mixing the sarcasm of the Mandalorian with the no non-sense robotic tendencies of IG. IGs incessant want to self-destruct while The Mandalorian tells him to put his thermal detonator away really added a fun dimension to the series and one that I hope continues. Its so much fun and the two make for a great Odd Couple.

More than that, the shootout and action really stands out. Weve seen the Mandalorian use the grapple before but to use it to turn the tide of a battle and to do so in such dramatic and badass fashion really got me excited, even when I was watching it at 6 am for the first time. It all makes for an awesome buddy-cop sequence that we will hopefully see the rest of the show.

The first five minutes of the first live-action had a lot of pressure on it to be great because in order for a first episode to really pull you in, it has to be interesting enough to make you want to keep watching. Spoiler alert, it more than got my attention, it grabbed me and served as a perfect introduction to the character and the world were going to inhabit this season. From moment one everything worked. The music, the atmosphere, the characters, and the Mandalorian himself had me on the edge of my seat, revealing exactly who the Mandalorian is without saying a word.

Beating up some scum who threatened him and giving the Darth Maul treatment to a particularly unlucky Quarren who got in the way of his bounty. Like the shoot-out we would see later in the episode, it was a great mix of action and showed the western vibe the show is going for. Ending with the Mandalorian telling his prize, I can bring you in warm, or I can bring you in cold. what a spectacular way to introduce us to our main character. It had to be amazing and it more than did justice to Star Wars.

Easily the most significant and talked about moment of the first episode of The Mandalorian is the reveal of the bounty at the end. I think most of us knew that the bounty would be something really significant but I dont think the general public had any idea that they would dive into a part of canon that has been unknown for some time. A baby Yoda, or as my friends have affectionally named him, Yiddle stares up at the Mandalorian and IG-11 after their spectacular shoot-out.

If you thought the Mandalorian Guild gave us a lot of questions, the introduction of little baby Yiddle gives us even more. Where did he/she come from? Is the age significant? Is this the last of its species? Is it force-sensitive? Who else besides whats left of the Empire wants him, and why do some want it dead? It was this moment that took the show to a new level for me and it made me wish I could have just binged the entire season. It is such a cool reveal and one that sets up our show for something really special.

What do you guys think? Did these moments make your top five and if not, what would you put in yours? Thanks for reading!