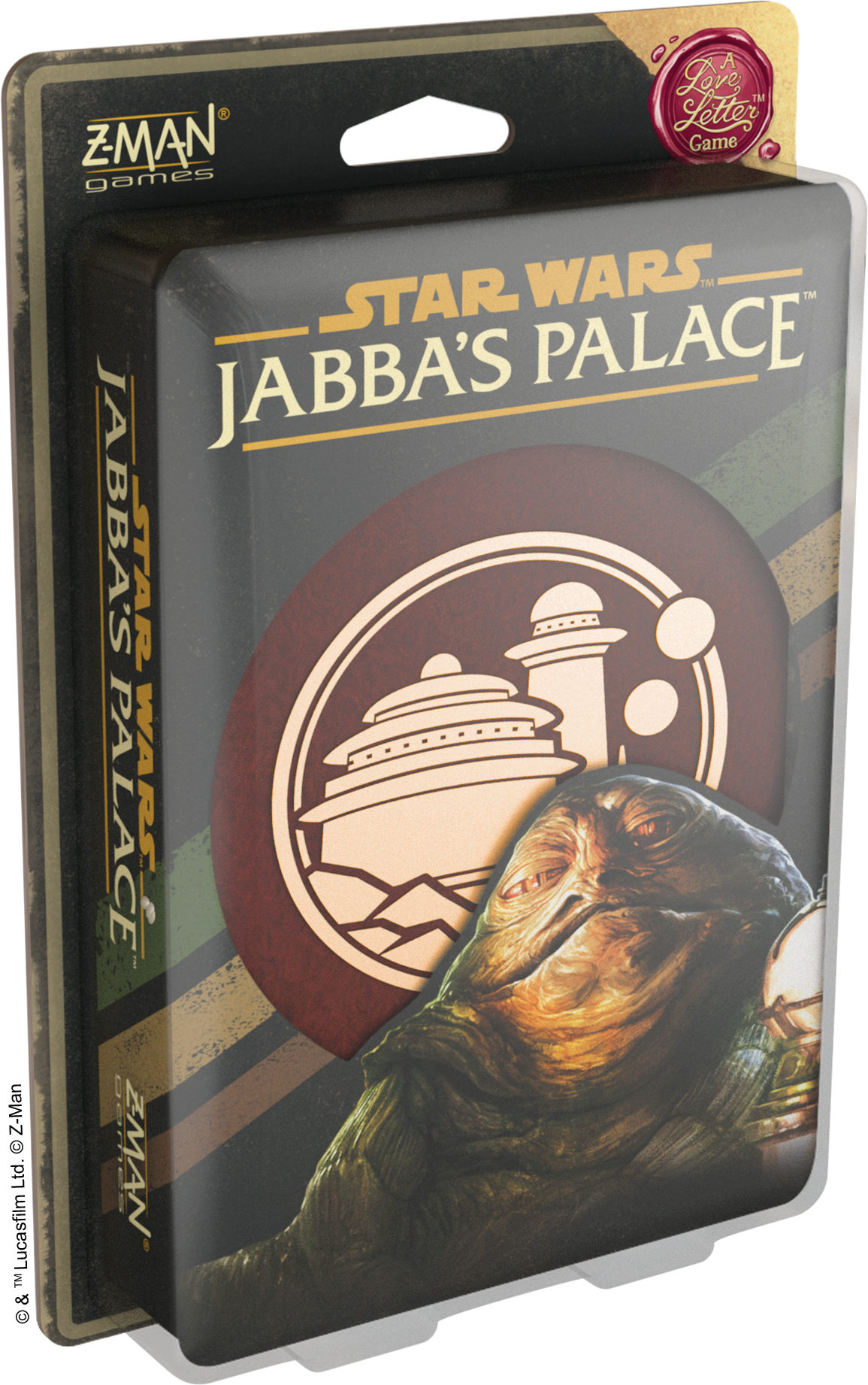 PARIS  Feb. 11, 2022  Today, Asmodee and Z-Man Games launched Star Wars: Jabba's Palace  A Love Letter Game. This new adventure pairs Love Letter's signature social deduction gameplay with the iconic stories of the Star Wars galaxy for a game of rebellious bravery and clever deceit. Players use the talents of classic Star Wars characters to outwit and outlast their opponents in this quick, accessible card game for the whole family. Star Wars: Jabba's Palace  A Love Letter Game is available for purchase from the Asmodee store and select retailers for an MSRP of £16.99 GBP.

With 20-minute play sessions and 2-6 player support, Star Wars: Jabba's Palace  A Love Letter Game is the perfect game night choice for friends and family. Its portable card deck and pouch of tokens make it a great travel companion as well. No matter where they are in the galaxy, adults and children ages 10 and up will want in on the action with this competitive, fast-paced game. 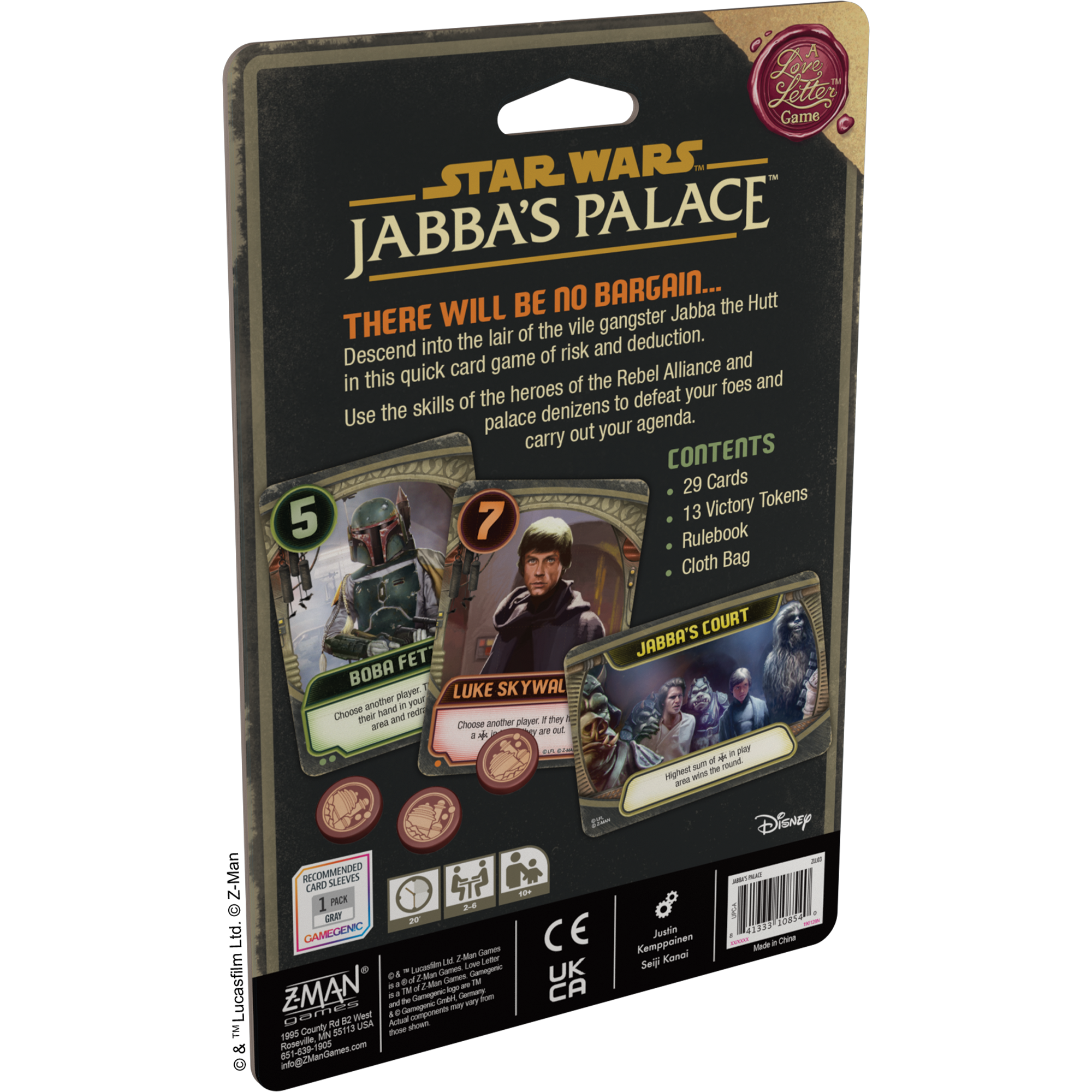 Star Wars: Jabba's Palace  A Love Letter Game is developed by Z-Man Games in collaboration with Lucasfilm and published by Asmodee.

Lucasfilm, the Lucasfilm logo, STAR WARS and related properties are trademarks and/or copyrights, in the United States and other countries, of Lucasfilm Ltd. and/or its affiliates. © & TM Lucasfilm Ltd.

Z-Man Games creates innovative board and card games that become modern essentials. Since 1999, the studio has published over 100 critically acclaimed titles from casual to complex, cooperative to competitive, small bag to big boxand everything in between. With an eclectic catalog featuring bestsellers like Pandemic, Love Letter, Citadels, and Carcassonne, Z-Man offers the best of both classic and cutting-edge games to suit any gamers play style.

Z-Man Games is a part of the Asmodee Group. For more information, visit www.zmangames.com or find the studio on Facebook and Twitter (@ZManGames_).

Asmodee Group is a leading international games publisher and distributor committed to telling amazing stories through great games with over 39 million games sold yearly in more than 50 countries. Through our portfolio of iconic game titles, including Catan, Ticket to Ride, Pandemic, Dead of Winter, Splendor, 7 Wonders, Just One, Dobble/Spot it!, and KeyForge, we create a dynamic transmedia experience for players across a variety of digital and physical platforms. Asmodee also creates inspiring and innovative products in partnership with leading entertainment and technology companies. With a global workforce of over 2000 people, Asmodee operates in Europe, North America, South America and Asia. Asmodee is headquartered in Guyancourt, France. Learn more at corporate.asmodee.com.