What Should Poe Dameron's Fate Be In Star Wars - Episode IX?

Over the next year and a half, well be theorizing about how the lead characters in the latest Star Wars trilogy might end up once J.J. Abrams brings this exciting new story to a close. Last time we looked at the complex possible outcomes for Kylo Ren, this time lets look at everyones favorite Resistance pilot, Poe Dameron.

If youve only watched the films you probably wouldnt know very much about the leader of Black Squadron, Captain Poe Dameron. With Rey and Finn taking up much of the screen time, Poes backstory has suffered the most in this new trilogy which concludes next year. Note, I say captain because by the end of The Last Jedi he had been demoted by General Organa after his Dreadnaught stunt and was never promoted back to Commander, a rank he held for some time. 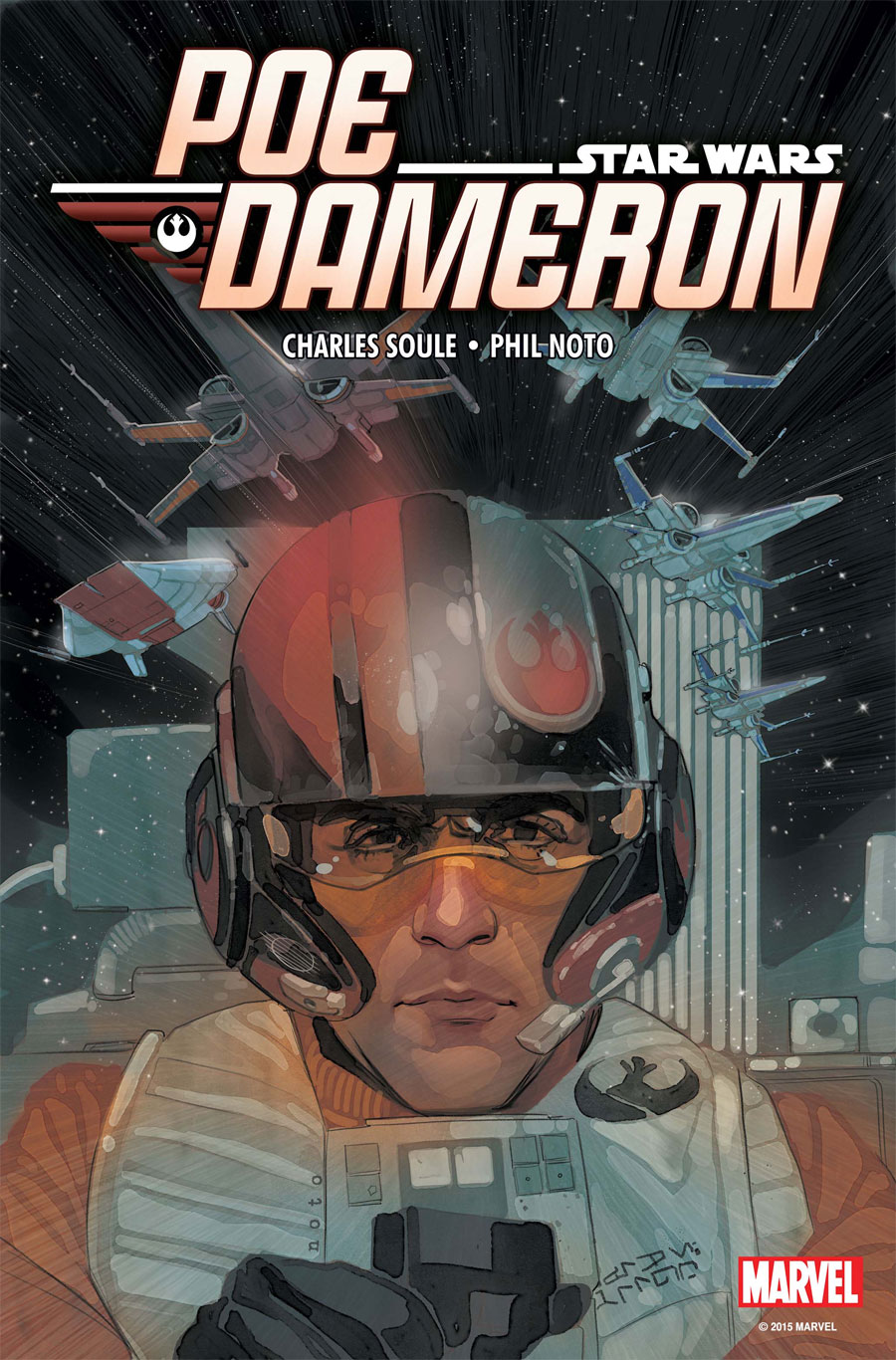 Luckily, thanks to ancillary materials such as Marvels Poe Dameron comic book series, which is excellent, weve learned a great deal about the Yavin IV native. For one, hes been a pilot for a very long time and flew for the New Republic Defense Fleet prior to joining the Resistance. His skills as a pilot and determination are literally built into his DNA as his parents were both freedom fighters as well, and this is perhaps the most important fact about Dameron, is his lineage. It may also provide us with a clue as to how his story may end up, but it would be pure speculation at this point.

Poe was born to Lieutenant Shara Bey and Sargent Kes Dameron of the Rebellion on Yavin IV two years after the Battle of Yavin (2 ABY). Not long after the Battle on Endor (4 ABY), his parents retired from active duty and built a home on Yavin IV where Poe was raised and learned to fly, thanks to his mother who herself was an expert pilot. One factoid which the films have omitted was that his mother and Luke Skywalker were good friends and flew missions together. In fact, one of her last missions with the Rebel Alliance was a special assignment with Skywalker retrieving fragments from a Force sensitive tree, a piece of which she would use to grow to maturity on her home planet. She was also the personal pilot of Princess Leia on occasion, but with the death of Skywalker on film and Carrie Fisher however, it seems theres no chance that either of these two relationships will come to light, at least not in a significant way. 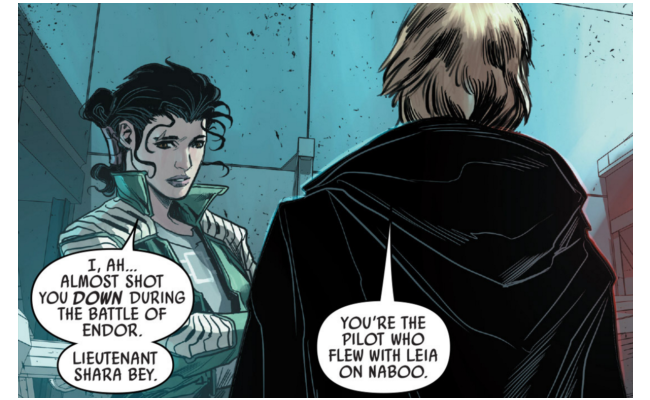 Hes had other close relationships throughout his life including the members of his Black Squadron who are either all dead or spread across the galaxy. Will the remaining members, who were dispatched by Leia after the destruction of the Starkiller base, reunite in Episode IX? They are like family to Poe and he, and the Resistance, will need them now as they face what will likely be the final battle against the First Order. In particular pilots such as Temmin Snaps Wexley and Jessika Testor Pava, who both appeared in The Force Awakens, would be welcomed back with open arms by Poe.

Whether or not the First Order is defeated and if there is relative peace once again in the galaxy will determine how Poe ends up. Hes not likely to give up in the middle of a fight so look for him to remain steadfast to the end unlike his parents who retired from the Rebellion just after the Battle on Endor and settled on Yavin IV to live out their lives in peace. Poe would probably struggle with that concept as hes known conflict his entire life up until now so retirement for him may not be an option unless forced to do so.

Also, politics dont interest him, as he finds the process to deliberate and passive so, unlike Leia, he lacks the diplomacy which led to a successful political career for her after the war. Theres a rumor Episode IX may end up back on Yavin so will that play into Poe somehow? Will they acknowledge that is his home planet or will it simply be a strategic location for the splintered Resistance? His mother Shara died in 10 ABY but theres nothing in canon that suggests his father is either alive or dead so perhaps he will make an appearance once on Yavin?

With the death of General Organa and a rumored time jump starting off Episode IX, that makes Poe the de facto leader of the Resistance, something that was hinted at in the end of The Last Jedi on Crait. Depending on Reys role in the Resistance, Poe could either be carrying the burden of leadership on his shoulders or be sharing the responsibility with Rey and perhaps a rejuvenated Finn? Either way, hes kind of the face of the Resistance now and all signs point to a significant role coming from him, especially in the absence of the senior leadership of the Resistance.

What will be interesting is to see how he deals with the death of his General, someone he cared for deeply and had a tremendous amount of respect for. He wears his late mothers wedding ring, she died when he was 8 years old, around his neck in her memory so to lose another mother figure is no doubt a heavy loss for him. Hopefully its not something they gloss over as it would be a real good opportunity to see an emotional side of Poe, something theyve somewhat avoided.

Poe has been reckless to a fault to this point and is learning valuable lessons the hard way, the thought is that these life events will help define him and aid him in becoming the leader of the Resistance, something Leia clearly wants. With a lot of story to wrap up here in one film and no whispers of seeing Poe or the others on screen after Episode IX, his outcome will likely be straightforward to allow for ease of storytelling.

After all, hes sharing the screen time with a lot of serious main and side story threads and with the writers already choosing to go light on his backstory, its probably a truism that Poes future lies in the comic book or novel realms. One other thing we tend to forget is that BB-8 has been Poes long time partner so will their fates be intertwined at all? Tough to imagine one without the other at this point, although BB does have close relationships with Rey and Finn as well so he would find service with or without Poe I'm sure.

So, what does everybody think? What does the future hold for Poe Dameron? Would you like to see more backstory on screen for him or a simple resolution for the ace pilot?