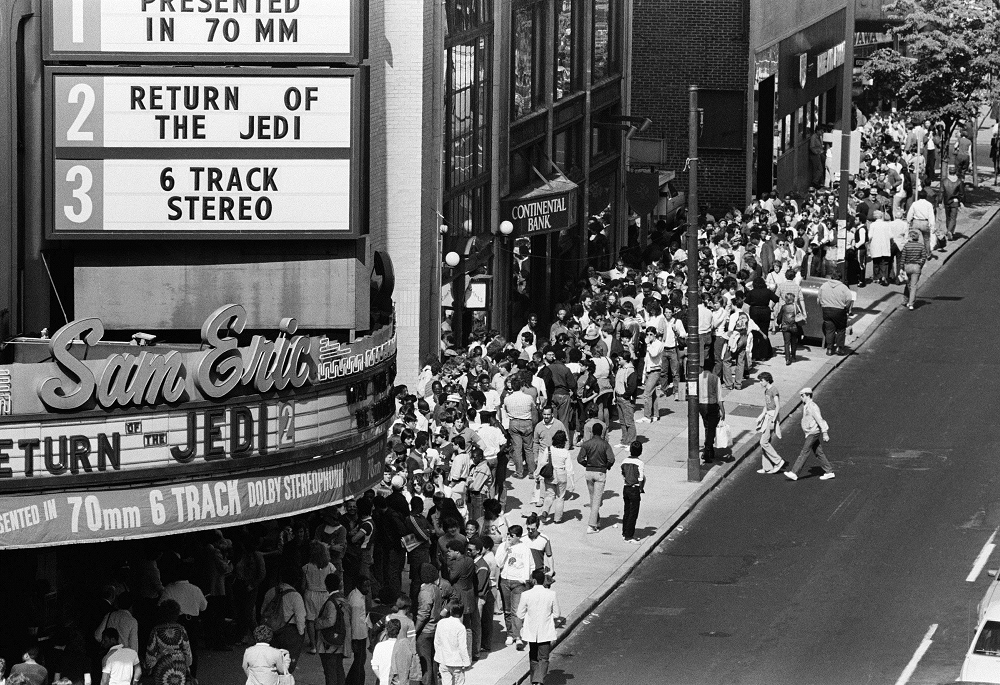 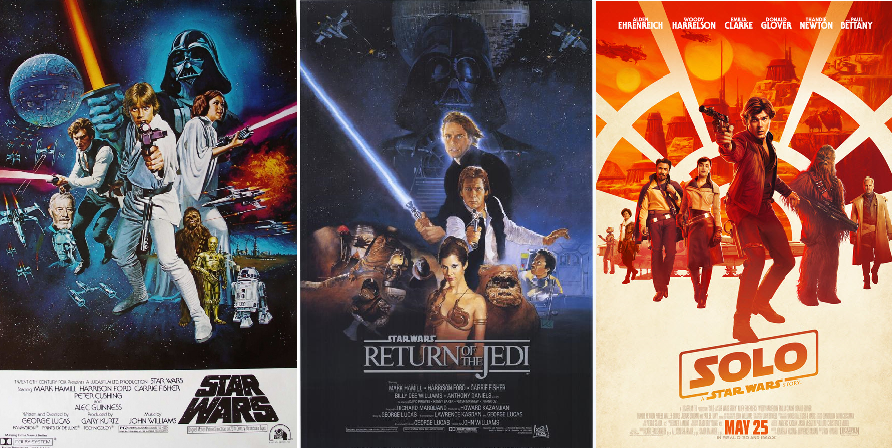 Sure, May 4th is the official Star Wars Day, and we all know that the commercial aesthetic of being able to say May the Fourth is the reason why. Puns aside, the actual release of Star Wars way back in 1977 was of course May 25th, and for some, including the city of Los Angeles, is the real Star Wars Day And the inescapable truth is that if you had sought out Star Wars on May 4th, 1977, you would've been out of luck since it was not available to the viewing public and hadn't taken the world by storm, yet.

Whatever your preference, today is in fact the birthday of Star Wars, but its not unique in that regard, even within the Star Wars galaxy. Today we celebrate, not one, not two, but three birthdays with Star Wars: Return of the Jedi and Solo: A Star Wars Story both having the same premiere date, albeit 35 years apart.

I don't see too much point in discussing the merits of Star Wars anymore, people much more intelligent, more learned, and more skilled than I have been doing that for 40+ years now. It changed the industry, it changed peoples lives.

In 1983, as a bright-eyed and bushy-tailed seven-year-old, I was a prime target for the visual splendor of Return of the Jedi . It was the first fully comprehensible Star Wars theatrical experience for me, remembering the entire film from start to finish. Like I said the other day, as a one-year-old, I have no memory of Star Wars, and at four, I have hazy memories of The Empire Strikes Back.

But, I DO remember Return of the Jedi, and like most kids my age, left that theater on a high we had never felt before. It was like Christmas morning in May (without the awful holiday special) and the rest was Star Wars history.

The film gave us more memorable moments than can be counted and a three-pronged third act for the ages. With Lando, Nien Numb, and Wedge taking on the Death Star II, Han, Leia, and the Ewoks on the forest moon, and Luke fighting not only Darth Vader, but the Emperor as well, it was, and still is, fantastic. Luke's ending in particular has been discussed a lot as of late thanks to his depiction in Rian Johnsons The Last Jedi, with some feeling Rians version of the character didnt line up with this films.

Either way, Lukes decision to throw down his weapon, embrace the lightside of the Force, turn away from fear, anger, and hate, is as cathartic an ending as youll get. And Darth Vaders most pivotal and vital character moments happen in this film, not in Star Wars, and not in The Empire Strikes Back. Listen, I have my issues with the film now as a more cynical and duller adult, and its not my favorite Star Wars film like it is for many my age, but it most certainly holds a very special place in my heart.

And of course, I wasnt writing reviews at seven so heres two very small parts of what Roger Ebert, the greatest film critic ever, had to say about Return of the Jedi in May of 1983

The story in the Star Wars movies is, however, only part of the film -- and a less crucial element as time goes by. What "Jedi" is really giving us is a picaresque journey through the imagination, and an introduction to forms of life less mundane than our own...

...And "Return of the Jedi" is fun, magnificent fun. The movie is a complete entertainment, a feast for the eyes and a delight for the fancy. It's a little amazing how Lucas and his associates keep topping themselves.

Couldnt have said it better myself Roger.

As for Solo, heres what I said immediately after I left my first screening

What I can discuss however is how Solo: A Star Wars Story is the most serviceable Star Wars film to date and balances enough little references with a general euphoria that should please, but not elate, most people.

This is pretty much how I still feel about the film, its an extremely fun ride that doesnt ask too much of you. It gives us a boat load of new, unforgettable characters, Qira, Enfys Nest, L3-37 to name a few, and Donald Glover gives us his scene stealing interpretation of Lando Calrissian.

It goes about the business of checking all those Han Solo boxes weve been waiting for in a methodical but not always successful manner. However, when it does make contact, it hits it out of the park with a natural and charismatic sensibility, matching Aldens performance of the lead character. Count John Powell's score and Bradford Young's cinematography as highlights as well.

I enjoy this film more and more as time goes on and its as good a heist film as any other thats come out the last few years. It wont ever top many Star Wars lists, but Im not sure it was supposed to, plus, the cards were stacked against it.

Why it ultimately failed at the box office and the lukewarm response it received critically has been discussed ad nauseam, but what I do know is that mostly everyone who bothered to see it, liked it, some even loved it. And speaking of folks who loved it, the team over at Star Wars News Net have spearheaded a #MakeSolo2Happen movement, so, if you think itll help, and youd like to show your support, head over to Twitter and use that hashtag.

Wherever you rank these three films, it shouldnt nullify your enjoyment of them, especially on a day like today. So, if youve got time, squeeze all three in, and if youre really into it, from a chronological standpoint, I suggest starting with Solo.

That'll be quite a ride.