Did Disney Jack The Design For The Solo Posters From Sony Music Albums?

Here is an interesting story regarding the recently released Solo Character posters from Heroic Hollywood.

In addition to all of the production problems Solo: A Star Wars Story has gone through, it seems as if the people designing the posters for the film potentially ripped off a series of album covers made for Sony Music France.

The artist of the original album covers in question, Hachim Bahous took to Facebook to voice his complaints with a side by side comparison of the album covers and the Solo posters:

Here is Bahous official accusation against Disney, courtesy of his Facebook:

Left the official posters of the next Star Wars (Disney), right the compiles for which I made the creation in 2015 for Sony Music France / Legacy Recordings France following the brief of the project leader Romain Rpiz Pizon.

I am flattered that the quality of my work is recognized, but it is still pure and simple forgery, I have not been asked for my permission, I wish to be credited and paid for this work I have done for Sony! 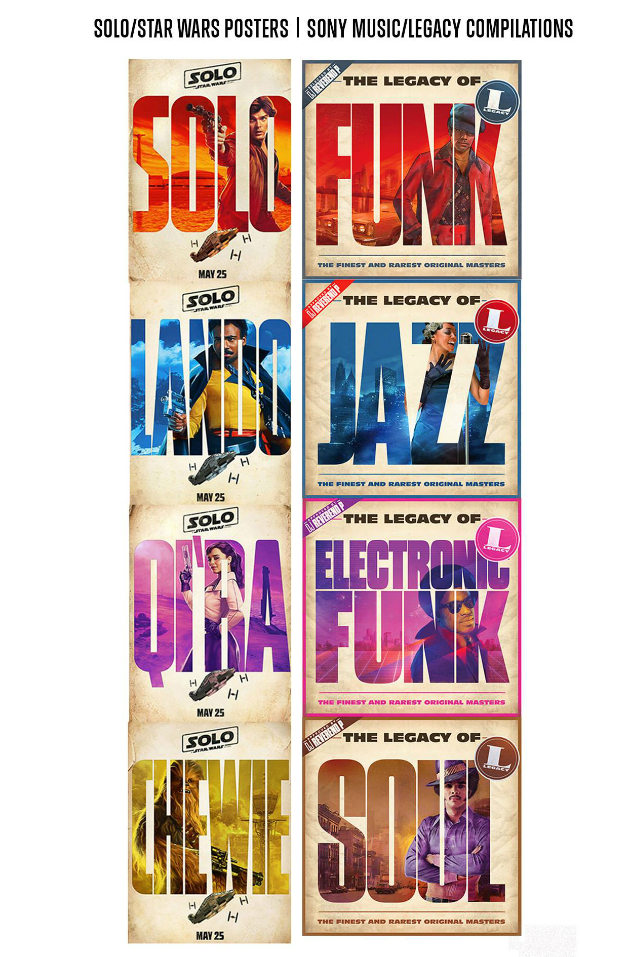 Looks pretty similar to me.